Testing of Screws in End-Grain

This white paper summarizes the on-going testing campaign being performed at the University of British Columbia on the pull-out resistance of Assy screws when applied in end-grain. This research will investigate the possible influence on withdrawal capacity that variations in the moisture content of the timber specimen can have in addition to applying these in end-grain. As most pre-engineered connection systems that utilize ASSY screws utilize end-grain applications, the results obtained during this test campaign are of significant relevance. They will not only provide a broader look into the behavior of screws applied in the end-grain but the possible influence that variations of moisture content can have on their withdrawal capacity. 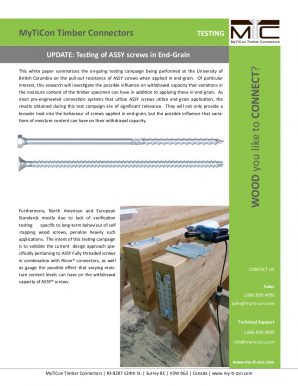 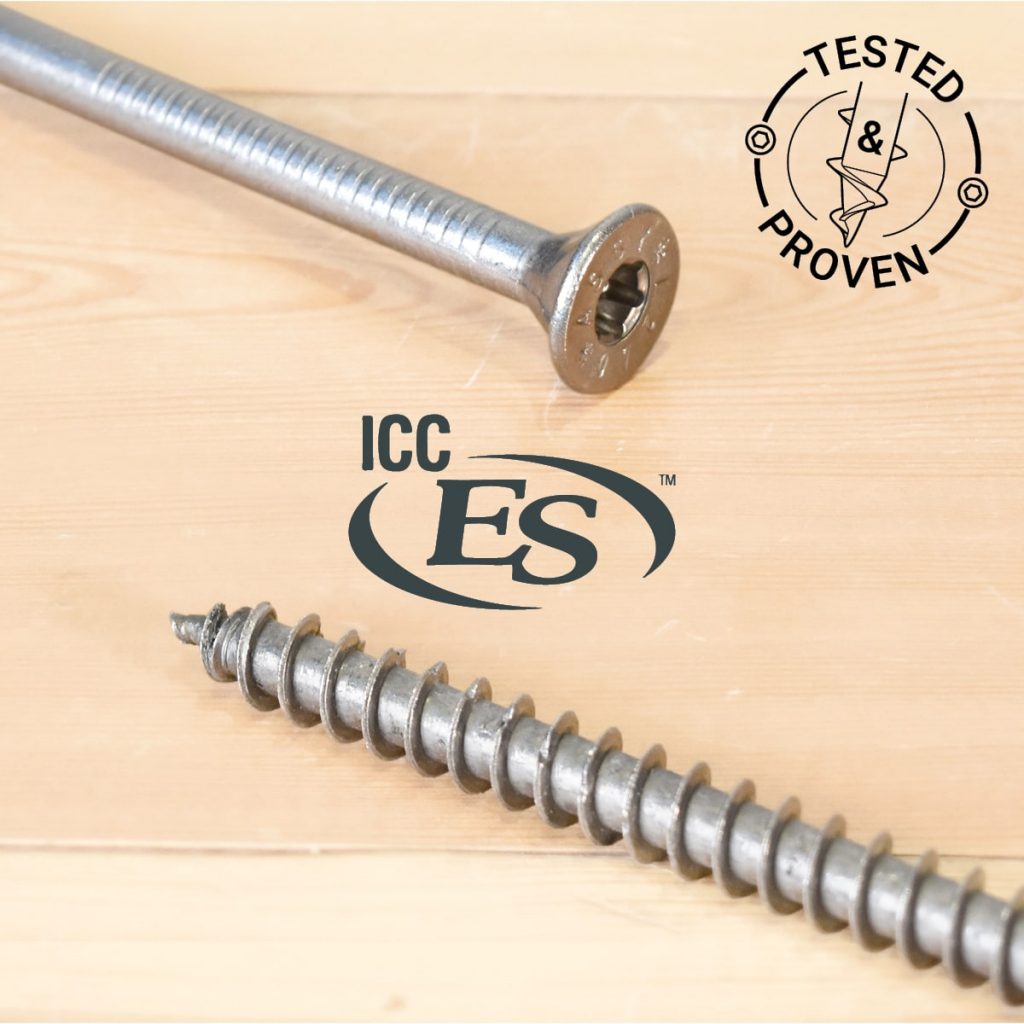 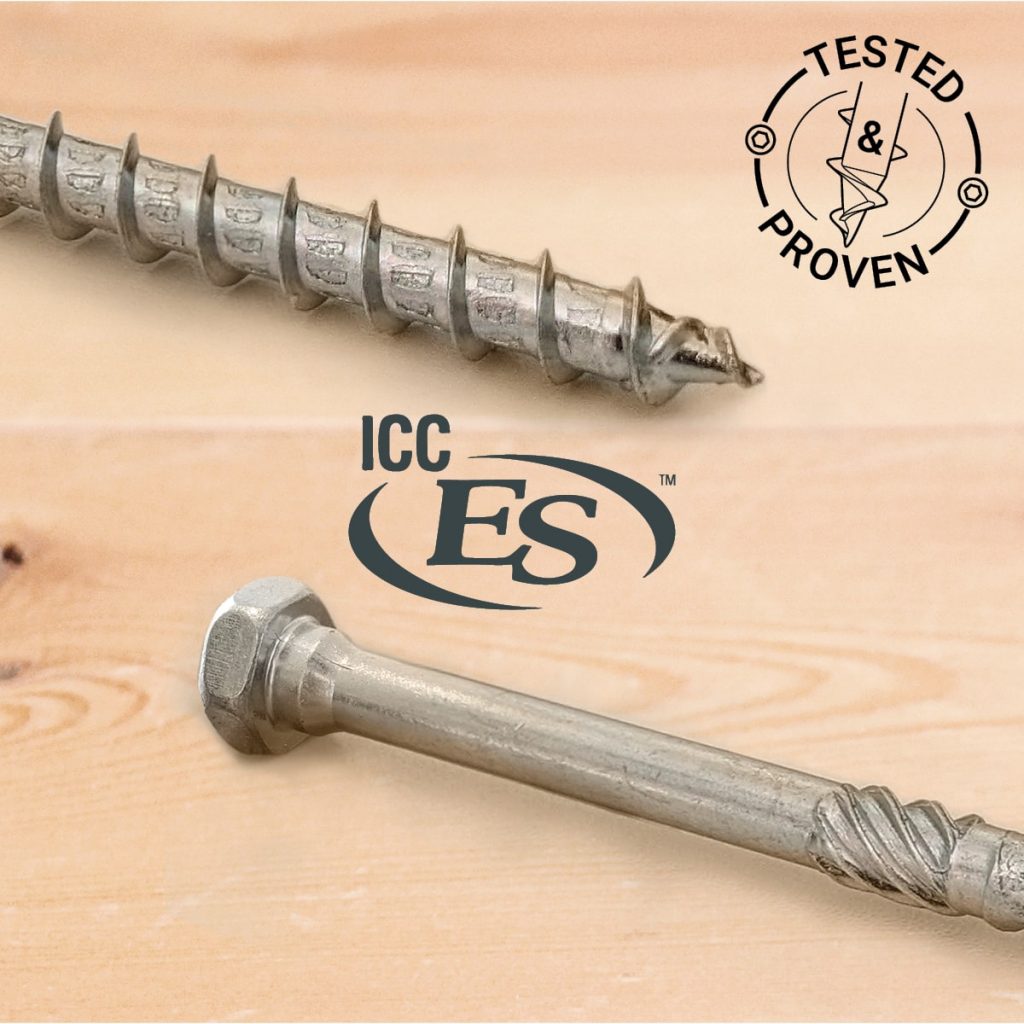 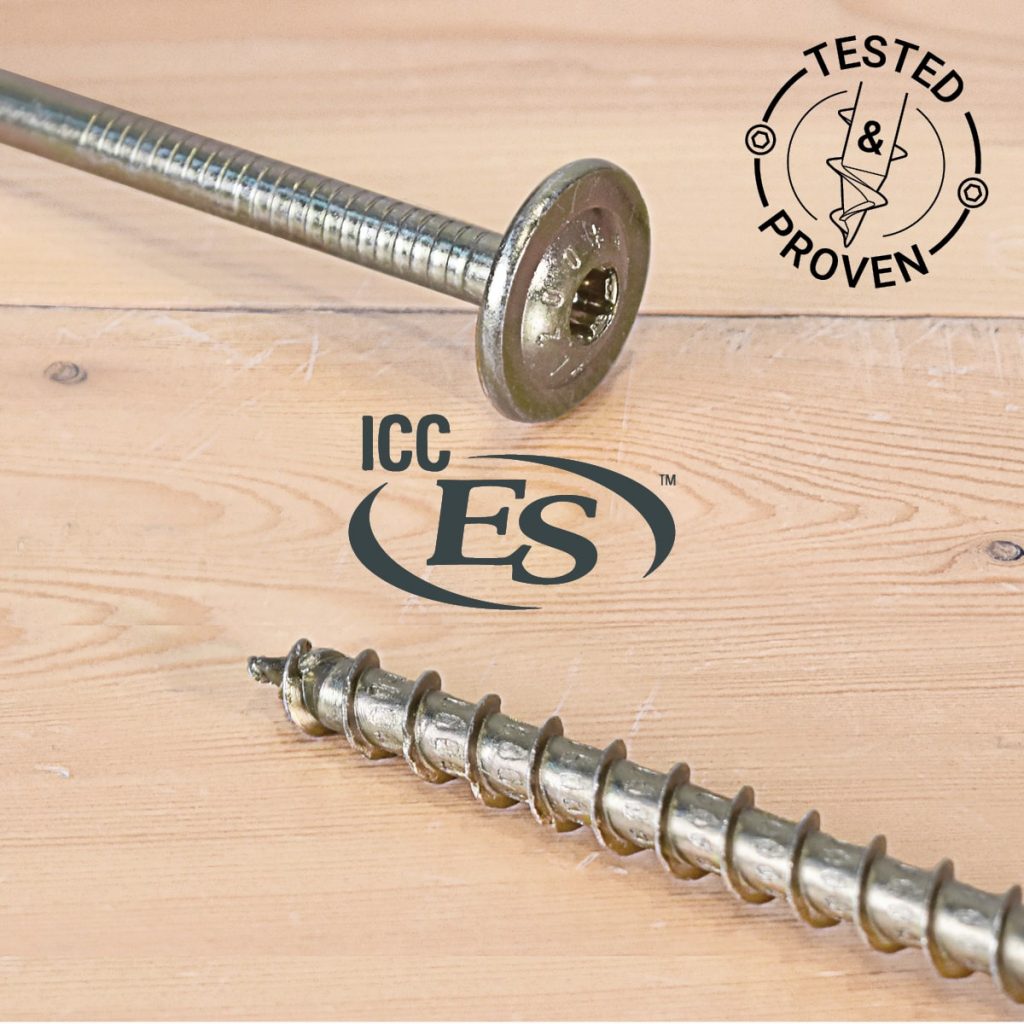 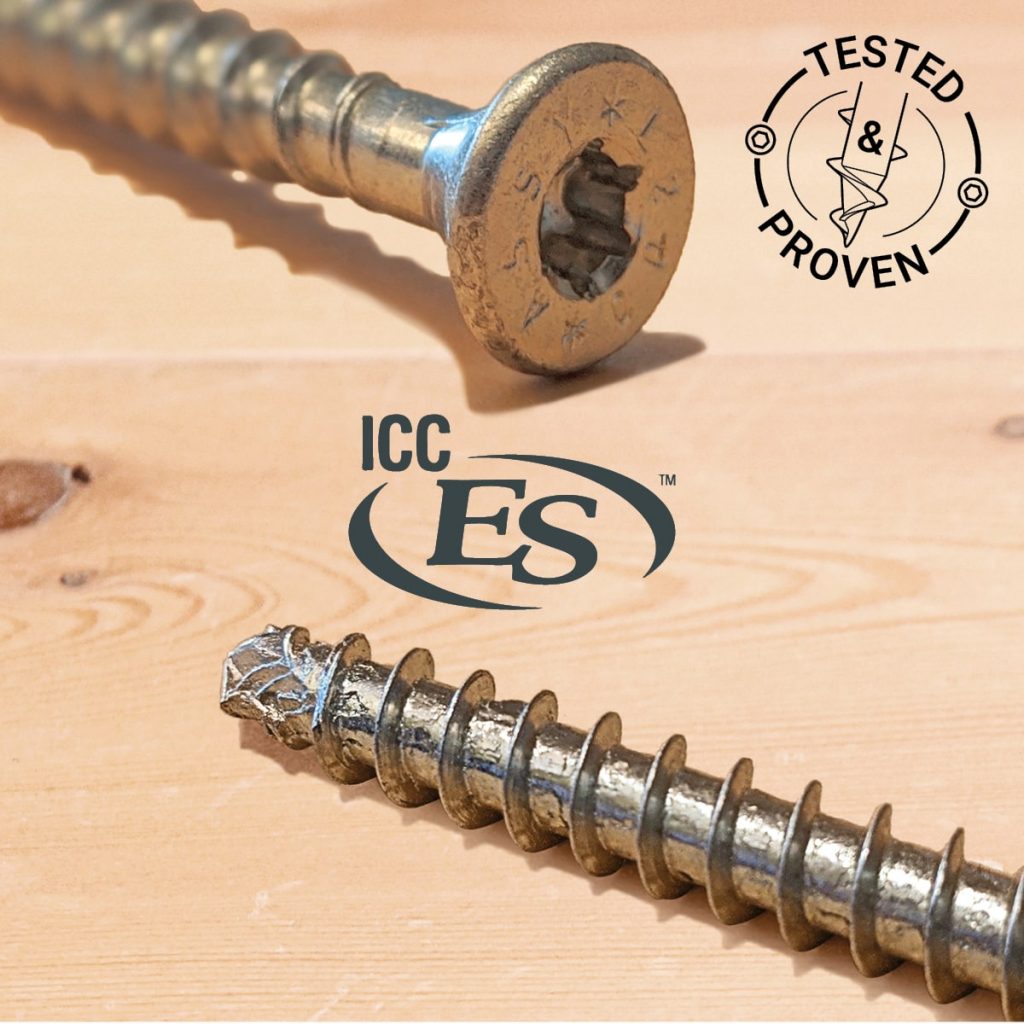 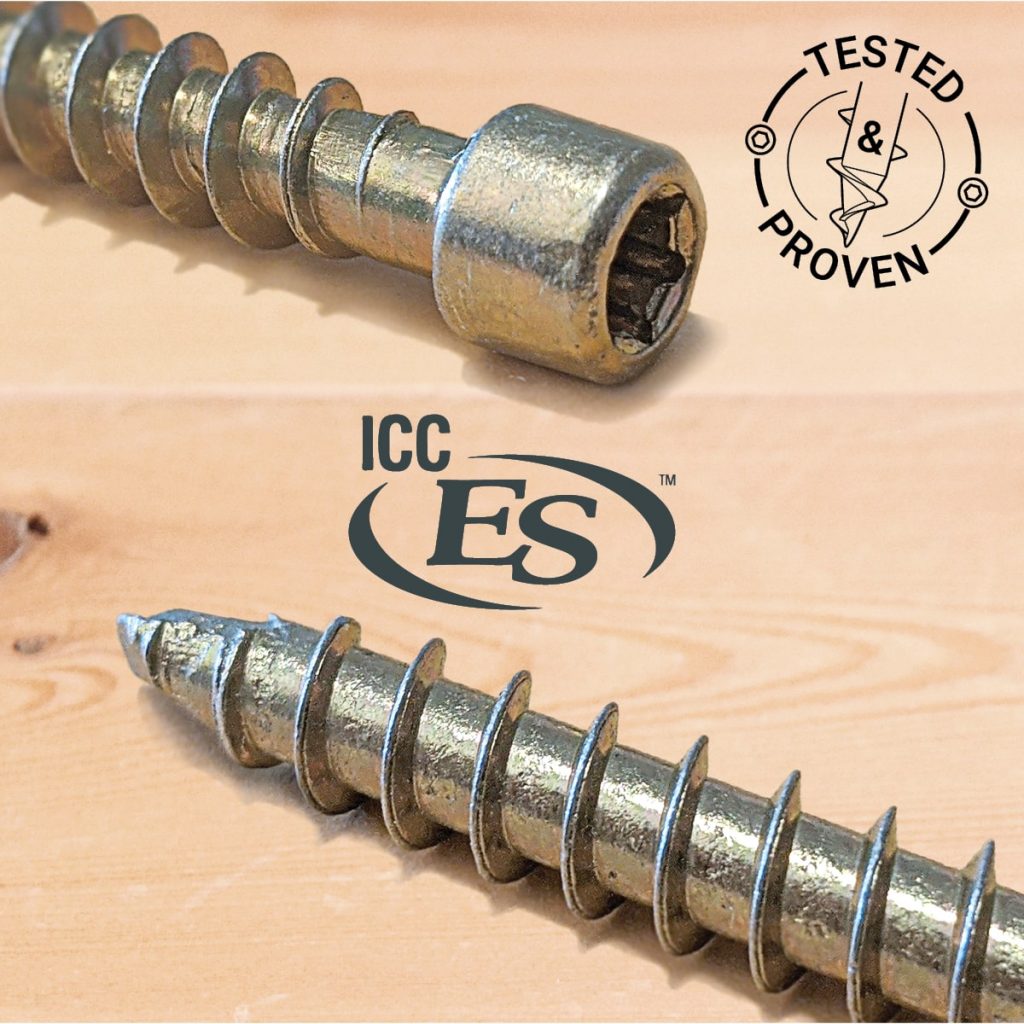