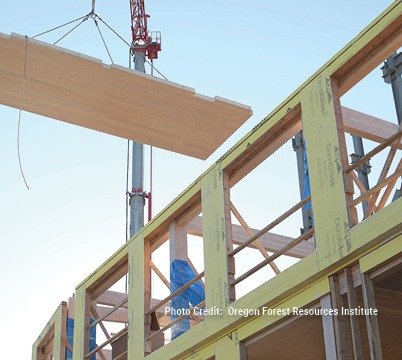 At its completion in 2017, the Carbon 12 was the tallest mass timber structure in the United States with a height of 8 story. The building was originally developed for the 2014 US Tall Wood building Prize Competition, with six weeks left in until the deadline to submit the proposal. The proposed Carbon 12 building would be composed of Glulam post-and-beam frame and Cross-Laminated Timber (CLT) floors and ceilings. It would occupy a total of 42,000 sqft and features large open areas with visible mass timber elements, creating a uniquely warm space. In the end building was unfortunately not selected as a winner of the competition, but the Kaiser+Path team paid no mind to the result and decided to build the project regardless. 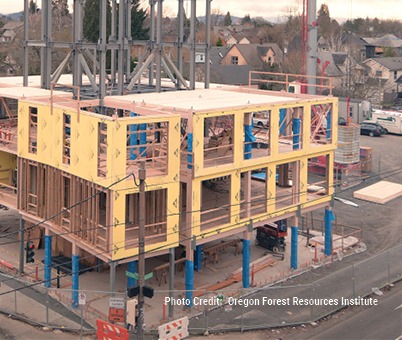 Difficulties during development were primarily due to city concerns, as this project was the first of its kind in Portland and would set the precedence for future Mass Timber projects to come. As development progressed the high-rise Mass Timber project was met with concerns from regulatory bodies, requiring Munzing to select and integrate a frame system to introduce steel cores into the wood models for reinforcement. The solution was called a Buckling Restraining Brace frame (BRB) system. Due to the changes of the wood models, various connecting elements needed to be tested to ensure values were within code specifications. 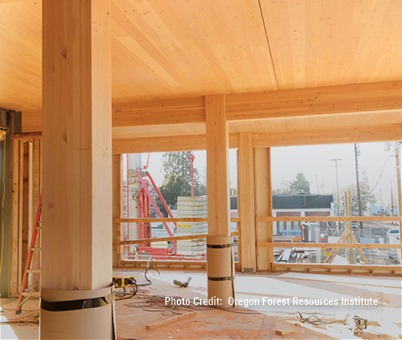 All modern beam to column connections [RICON S VS] provided by MTC Solutions utilize pre-engineered, fire rated connecting systems; able to provide a high load carrying capacity and ease of installation, while maintain a clean appearance with the exposed Mass Timber Elements. Moreover, the inter-story drift performance of these off-the-shelf concealed connectors under reverse cyclic load applied quasi statically was investigated specially for the Carbon 12 project in partnership with MTC Solutions, a first in North America! Read more about these test in the following White Paper.