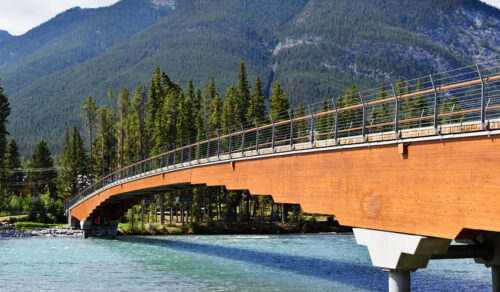 The Bow River Pedestrian Bridge, perhaps the longest of its kind, was the first new crossing of Banff’s Bow River since the 1920s-era vehicle overpass. It addresses the pressing needs for emergency vehicle access, as well as increasing pedestrian traffic in one of Canada’s oldest national parks, while replacing ageing sanitary and water pipes installed under the river. The client’s goal was to create a minimal and unimposing design, while using sustainable materials, which is rare on structure of this size. 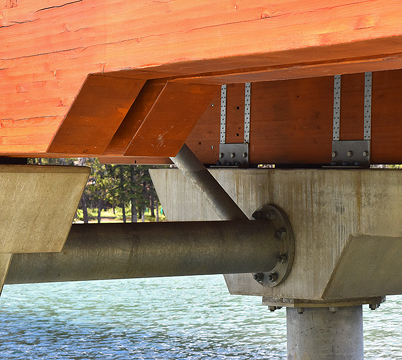 The 113-metre-long timber bridge features an 80-metre clear span. At 4-metres wide, the slender bridge profile was one of the main design challenges, especially regarding vibration control. To address that issue, two uniquely tuned mass dampers suspended beneath the bridge were designed and installed. Two haunch glulam girders cantilever from either side supporting a central 34-metre suspended span, which sits atop a replaceable modular timber deck. The central span was made to be as long as possible to reduce interference in the river channel, by keeping the supporting drilled piers outside of the river channel for most of the year. 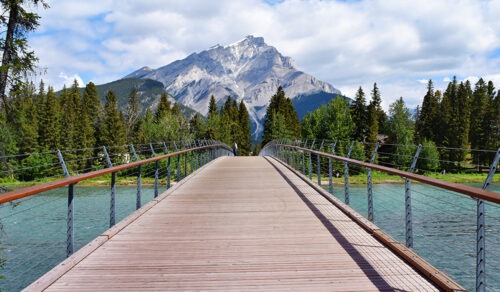 The tight remote site, as well as winter conditions made bridge erection a challenge, the use of prefabrication played a major role in the project’s success.