(USA) How to Calculate the Design Strength of Inclined Screws?

Fully threaded self-tapping screws are optimized for axial loading. By sufficiently inclining the screws toward the line of the force, lateral connections are predominantly characterized by axial effects rather than dowel effects, which produces stiff, high strength connections.

The simplified truss model is a highly practical and effective calculation method for inclined screws. This model is based on the idea that all design strength can be considered as the product of axial effects only, and that dowel effects can be neglected for the sake of practicality. Verification testing in North America using ASD values has so far not considered the friction component, so it is not included in the model at this time. The design equation for inclined shear-tension screws arranged mutually parallel in a connection is included below. 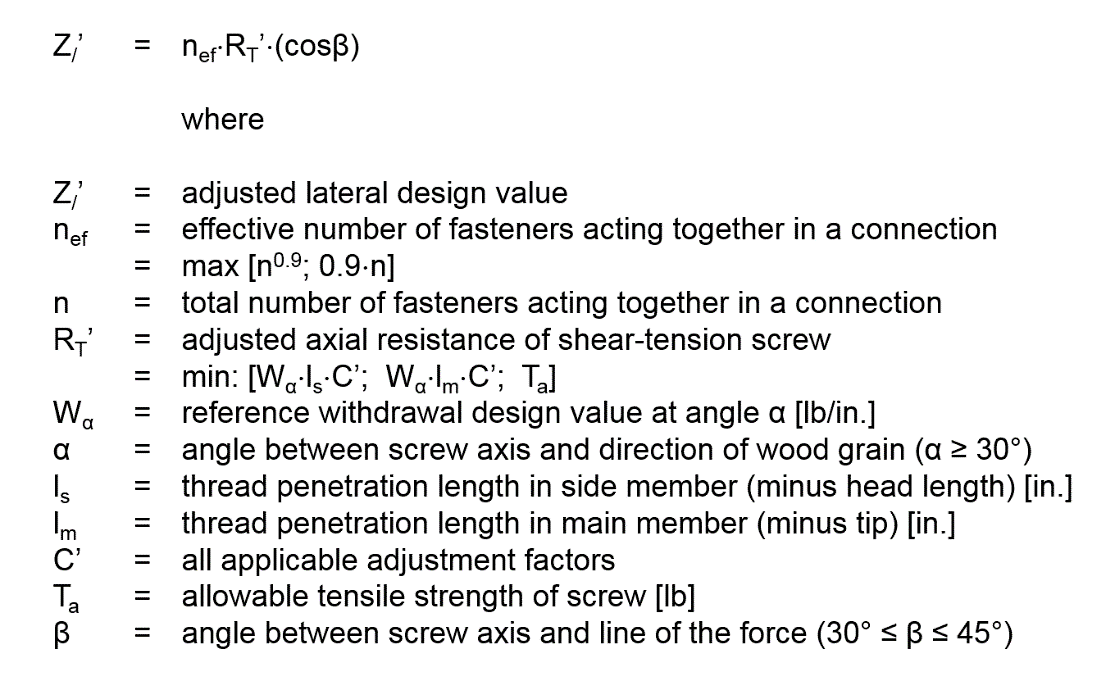 Please notice that Wα can be decomposed in Wα = W90° x Rα,

So the grain direction of the wood used and the wood species will have an impact on the capacity of your assembly. 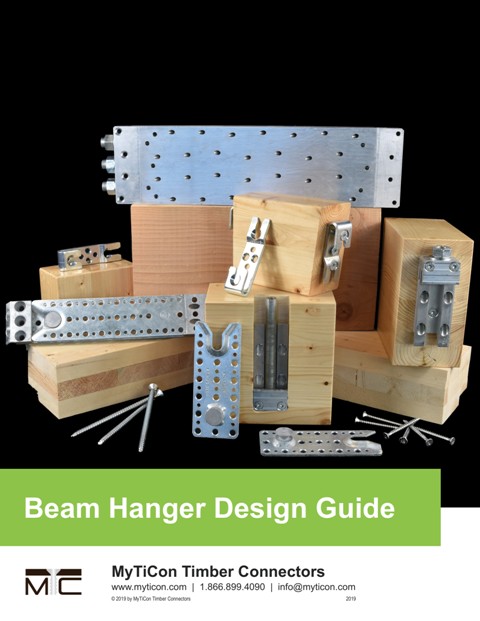